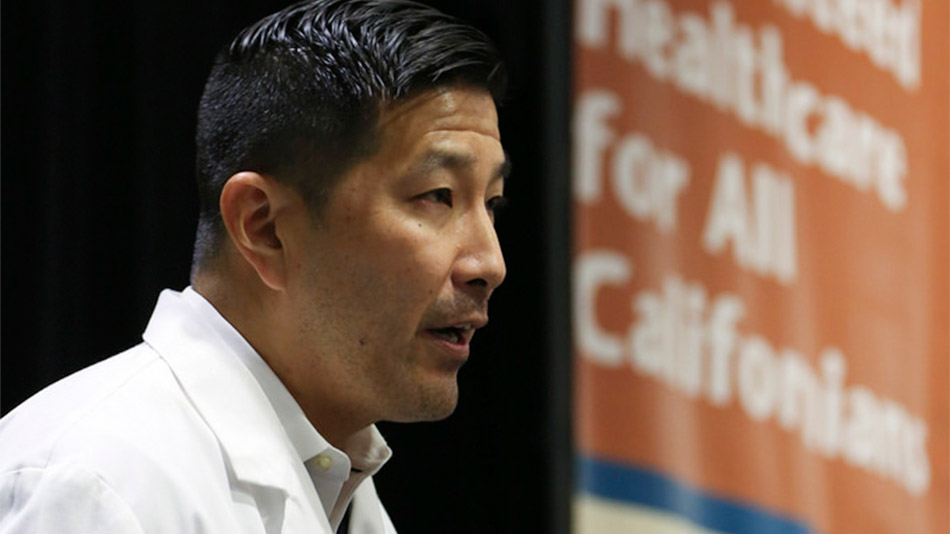 It is very important to understand that the author indicates that this analysis was done while much of the specific details of the proposed legislation are still not finalized, and therefore the assumptions are quite general and conservative. Still, the summary reports that annual government spending on health care is roughly $200 billion, while employers spend $100 to $150 billion towards covering their employees. Without any mention of what individuals currently pay for premiums, co-pays, deductibles, and prescription drugs, the additional required “total new spending” would therefore be $50 to $100 billion per year. So under this worse case scenario, this would be between $106 and $212 per month per Californian in additional taxes.

Now before everyone gets scared away by this daunting price tag, it is important to look at these two graphics to put this into a much needed perspective. 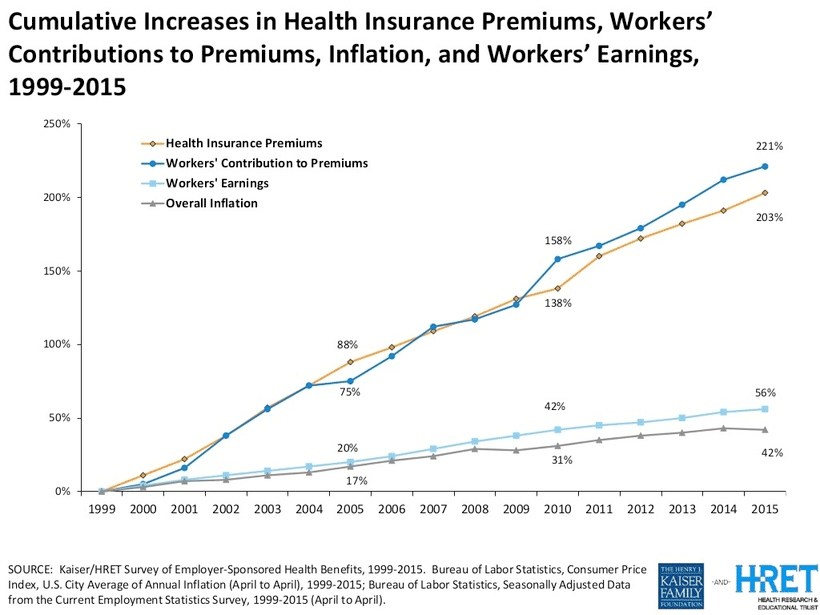 Over the past 16 years, workers have had to contribute 221 percent more toward their employer-sponsored premiums (Fig. 1), while premiums have increased 203 percent and wages and inflation have lagged far behind. 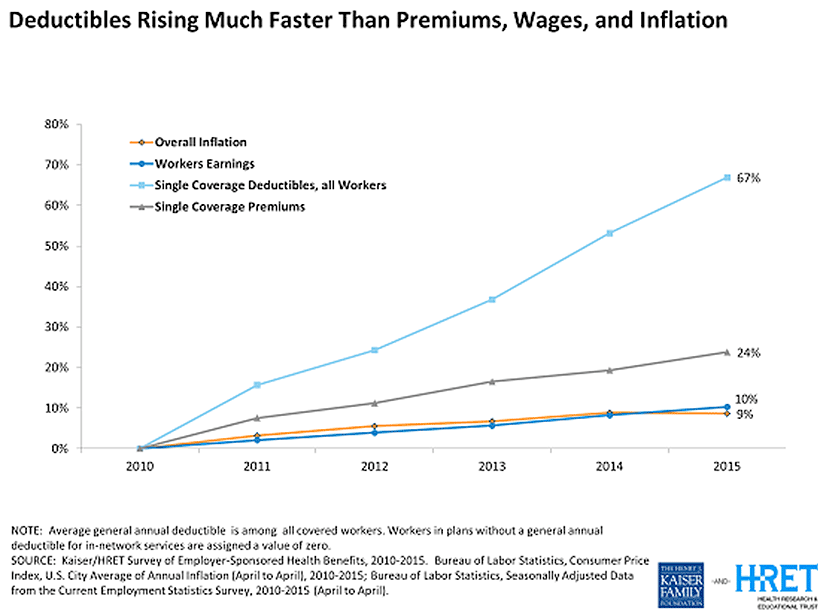 At the same time, in addition to contributing more towards their premiums, workers have also had to pay more (Fig. 2) in co-pays and deductibles (67 percent more over the last 5 years). Thus in reality, workers are getting squeezed on both ends while having less take home pay. Many would argue that they are already paying upwards of $106 – $212 a month towards medications, co-pays, deductibles with no end in sight. This all goes away under #SB562!!

Plus, if everyone has improved coverage, powerful hospitals can no longer gouge us upwards of 331 percent (Fig. 3) with exorbitant prices for aspirin, hospital stays, OR use, etc. (Fig. 4) under the guise that it is needed to pay for uncompensated care which many not-for-profits fail to provide inadequate amounts of (Fig. 5). 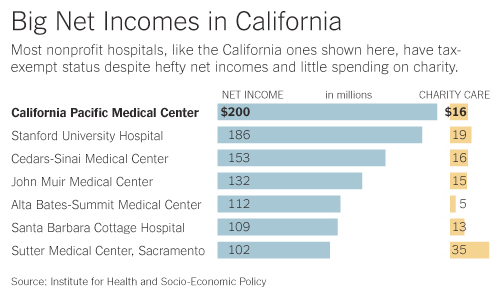 And when Kaiser and United Healthcare use their massive market share to negotiate steep drug discounts, it is considered good free market business sense. So why is it bad if our single payer negotiates similar discounts for all of us?!

Please do not let the sticker price scare you. Healthcare is indeed expensive and our current system is unsustainable not to mention immoral and broken. Left as is, it is estimated to consume 20 percent of our GDP by 2025 while tens of millions remain uninsured nationally unless we really do something about it. With a GOP congress which places trickle down ideology above compassion, the health of nearly 1 out of 3 Californians who are on Medicaid remains under constant threat, not to mention the millions with pre-existing conditions, women, and our older folks. SB562 is truly the only way to proactively protect our health security by fixing our badly broken system while providing every Californian with true healthcare peace of mind. And at a price which is more than reasonable in the context of no more outrageous premiums, co-pays, or deductibles.

Some say we cannot afford it. It is clear that we can no longer afford not to.