Do We Really Need A Middleman In Our Broken Health Care System?

Nothing illustrates the middleman in our overall fight for health care justice better than this “Schoolhouse Rock!” styled video (above) launched today by Healthy California in support of SB562. Middleman is the first of the Guaranteed Healthcare Rocks! series produced by Healthy California, California Nurses Association, and AFM Musicians 47. It was created by progressive Hollywood musician/lyricist/producer Clifford J. Tasner.

As the Republican controlled United States Senate has begun its secret closed-door deliberations to finally repeal the Affordable Care Act (ACA) and replace it with generous tax cuts for a privileged few, the California State Senate has taken pro-active steps towards establishing the first ever state-run single payer program by passing SB562.

It should be noted that with or without a GOP repeal, far too many Californians currently endure significant financial difficulty in maintaining their existing inadequate health coverage (Fig. 1) and in meeting their daily living expenses especially once they get sick (Fig 2). Thirty-Seven percent of Americans now report having difficulty paying their monthly premiums, 43 percent report having difficulty paying their deductibles, and 34 percent of insured Americans report bring unable to pay for food, rent, and housing due to an illness. All the while, unregulated insurance premiums continue to skyrocket far faster than inflation or wages (Fig 3). In California alone, insurance rates have increased over 200 percent in the past 10 years and are expected to only get worse. 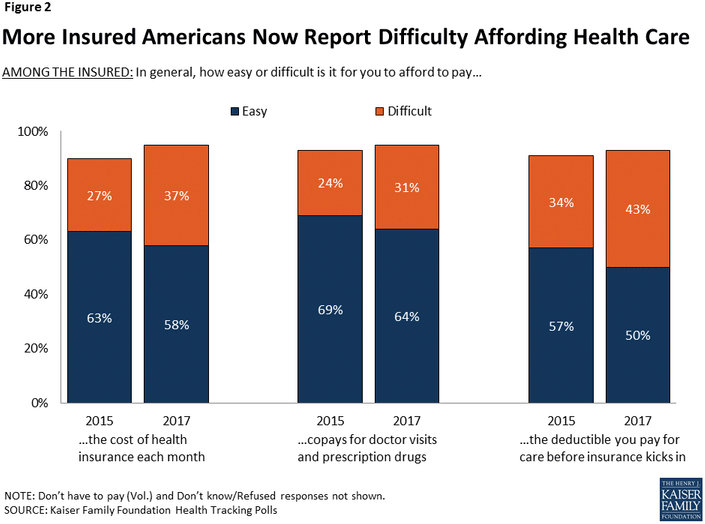 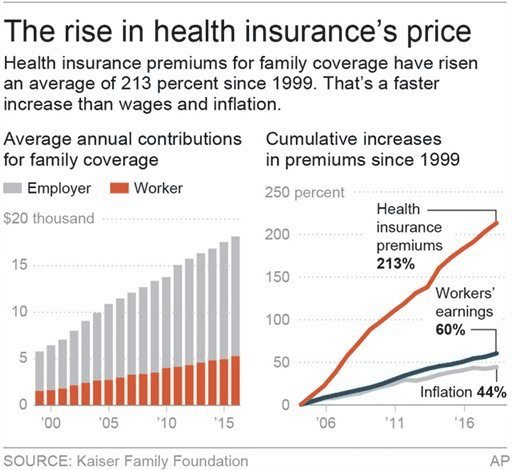 Even if Mitch McConnell and his coterie fail in their attempt to take health care coverage away from 23 million Americans, the current ACA status quo grossly fails to address these glaring issues. California, despite spending $368 billion on health care, is far from golden. On the contrary, nearly 3 million CA residents remain uninsured and another 12 million are considered underinsured. Collectively, these 15 million continue to have greatly decreased access to care.

A detailed economic study recently released by U. Mass economist Dr. Robert Pollin, found that SB562 while insuring every Californian with far better coverage than is currently provided, would actually cost $37 Billion less than our current dysfunctional system.

Sadly, whenever the private insurance industry has felt the slightest threat to their privileged existence, they have launched expensive and aggressive multi-million dollar misinformation campaigns designed to confuse and scare the general electorate, while simultaneously lobbying legislators from both parties to remain beholden to their every command. Ironically, it is much of our own premium dollars that are being used to maintain an immoral and broken status quo rather than on actual patient care.

While Californians will never be able to financially compete against such insurance might on their lopsided terms, it is crucial for the public to fully understand who this industry really is at its core… a greedy middleman.

The 2016 median income for a U.S. worker was just over $43,000, with workers being asked to contribute more and more of their salaries towards their employer-sponsored health care and in co-pays and deductibles resulting in far less take-home pay. Meanwhile these six health insurance CEO’s made more than the median income in one day alone (Fig. 4). 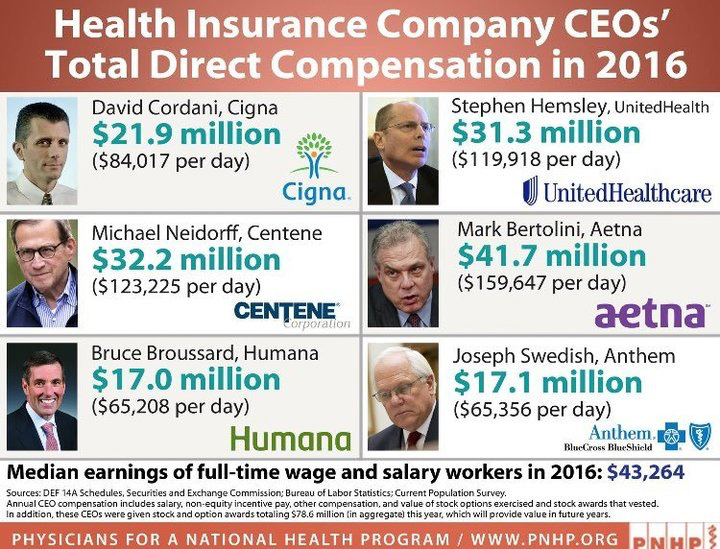 So before the private insurance industry begins to overwhelm California’s TVs, airways, and newspapers with fake news, it is important to remember and share these undeniable facts about the insurance industry role and record in our health care mess.

1. The private insurance industry has greatly increased overall health care costs and waste by hiring countless administrators to maximize profits by denying care. (Fig. 5 – Note the increased percent growth in US per capita spending rapidly increased as the number of administrators greatly ballooned). 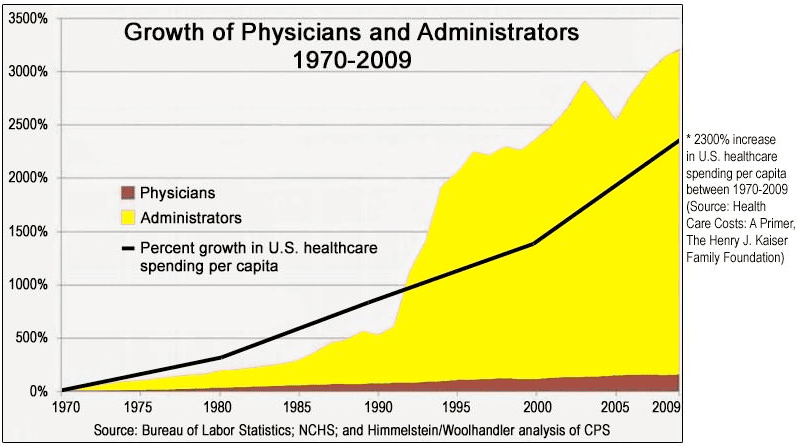 2. It is the private insurance industry that constantly gets between patients and their physicians. Not the government.

A 2011 study by the Institute of Health and Socio-Economic Policy based on data from the California Department of Managed Care revealed that from 2002 to 2010, California’s seven largest insurers collectively denied over 45.7 million claims.

Another 2011 Government Accountability Office study found that very few of all the denied claims were challenged by patients and/or physicians, but when they were, over 50% were reversed. This data suggests that insurance companies may be falsely denying many claims thinking that most of us will not bother with the laborious hassle of fighting for what is rightfully ours. Instead leading to greater out of pocket expenses and financial burdens.

The overall denial and subsequent appeal process has become so painful that a 2014 Commonwealth Fund report ranked the US last among industrialized nations who reported spending a lot of time on paperwork or disputes related to their medical bills (Fig. 6) and pre-authorizations cost U.S. Doctors and their staff over $31Billion a year in administrative tasks just to get necessary pre-approval to provide treatments, tests, and medications that they have spent years training to appropriately order (Fig 7) and this burden is only getting worse each year (Fig. 8). 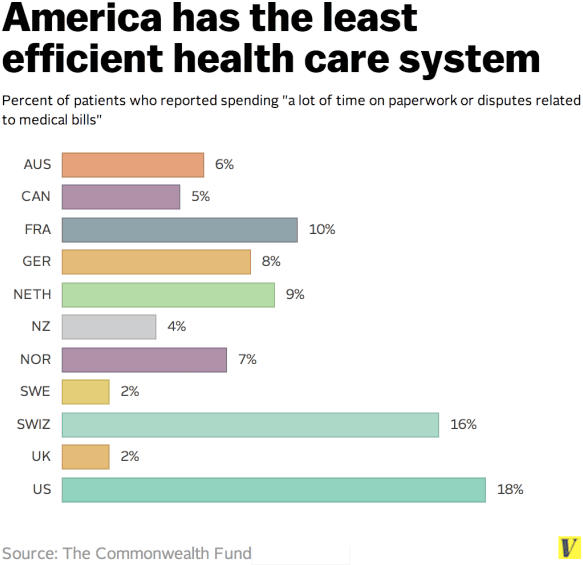 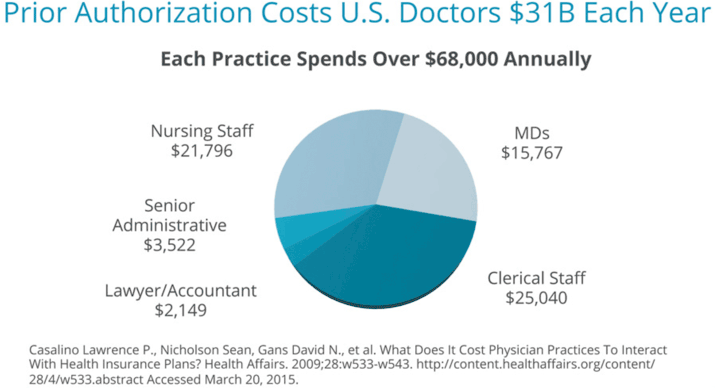 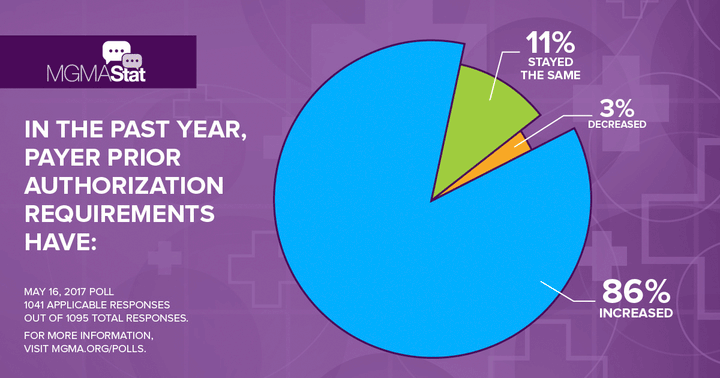 3. The private insurance industry is far less efficient than the government in controlling health care costs and spending.

Despite caring for an older and sicker population and not being able to negotiate pharmaceutical prices, Medicare is far better at controlling costs and overall spending than the private insurance industry (Fig. 8) as is Medicaid (Fig. 9). 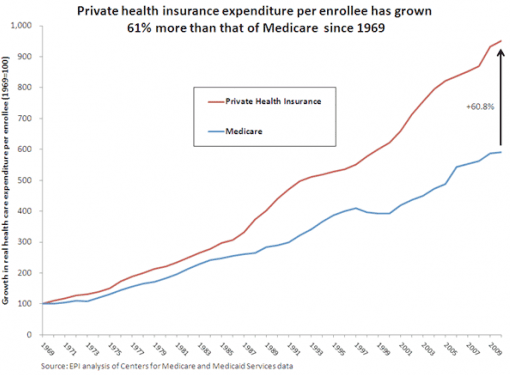 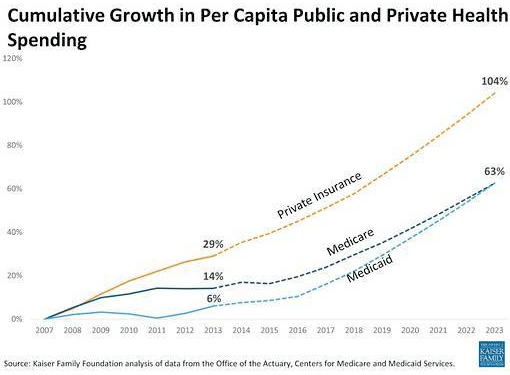 As the greedy middleman gears up to open its wallet to spend our premiums for nefarious use instead of its originally intended patient care, Californians should prepare themselves to fight back against the lies and distortions by exposing the Insurance industry’s real value (or lack thereof) and their grotesque financial drain on our badly broken system. It is only through the collective will of an informed electorate that can overcome daunting odds to finally demand and get what we truly deserve, SB562 in California and Medicare-for-all in the U.S. The time is now to learn and educate ourselves and to the spread the SB562 gospel to our family, friends, neighbors, and co-workers. The time is now to say no more to the middleman!

Paul Song is a Physician, Co-Chair of Campaign for a Healthy California, and Board Member of Physicians for a National Health Program.