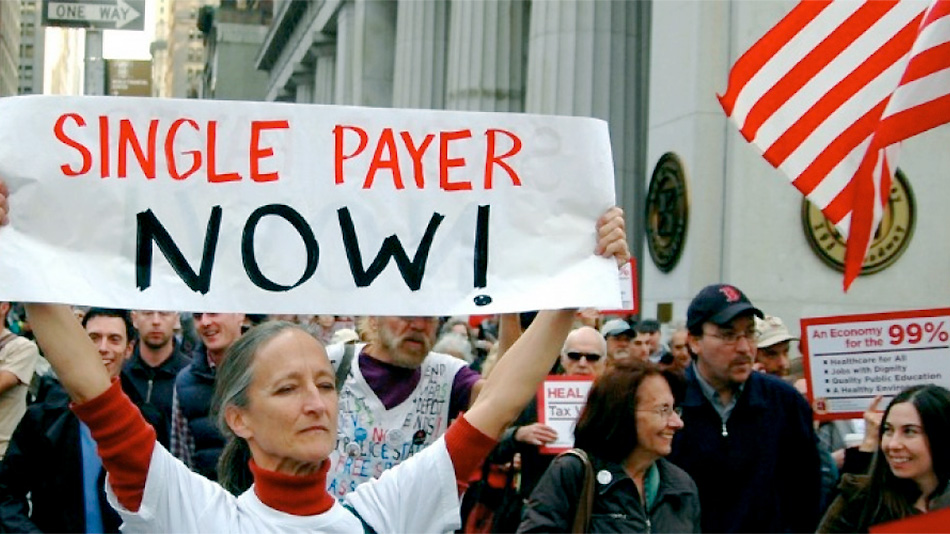 Spreading ‘Like Wildfire’: Majority of Americans—Including 74% of Democrats—Now Support Single-Payer

“When people see the justice of an idea, it spreads like wildfire,” responded Sen. Bernie Sanders. “The American people know that healthcare should be a right.”

“Five years ago, could you have believed that half of Americans would agree we need a single-payer healthcare system?”

That’s how Sen. Bernie Sanders (I-Vt.)—a longtime advocate of guaranteeing healthcare for all Americans—responded to a new poll that found that 74 percent of Democrats and 51 percent of all adults surveyed support implementing a single-payer healthcare system in the United States.

“When people see the justice of an idea, it spreads like wildfire,” Sanders tweeted Thursday morning. “The American people know that healthcare should be a right.”

The Washington Post-Kaiser Family Foundation (KFF) poll asked: “Do you support or oppose having a national health plan—or a single-payer plan—in which all Americans would get their insurance from a single government plan?” More than half said they support it: 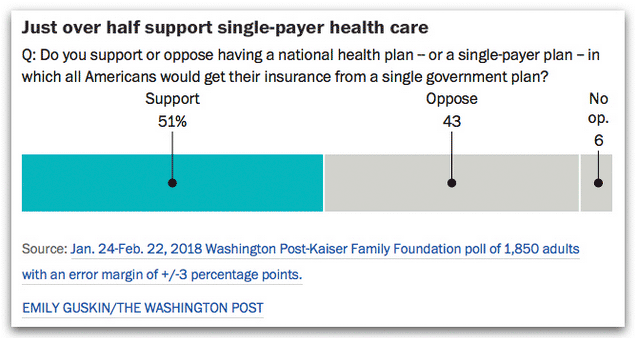 The results align with other polls conducted within the past year. In September, as Common Dreams reported, 49 percent of all voters and two-thirds of Democrats surveyed by Politico/Morning Consult said they supported “a single-payer healthcare system.” A KFF poll from July found that 53 percent of Americans somewhat or strongly favor a single-payer plan.

The growing public support for a single-payer system has coincided with action in Congress. Backed by medical professionals, activists, business leaders, and a “groundbreaking ” number of Democratic senators, last September Sanders introduced a Medicare for All bill that would transition the nation’s current for-profit healthcare system toward a single-payer one.

Ahead of the 2018 midterm election and amid mounting demands from the American public that federal lawmakers sign on to Sanders’s bill, studies and political analysts are finding that support for Medicare for All is a politically viable and increasingly popular stance among candidates.

As Washington Post reporter Jeff Stein pointed out, the recent poll also asked about the nation’s current healthcare law—the Affordable Care Act (ACA) or Obamacare—which garnered a similar amount of support from Americans, challenging the notion that advocating for a Medicare for All solution to the problems that still exist under the ACA is an “extreme left-wing” position:

The “extreme left-wing” position of single-payer now enjoys about same level of public support nationally as the “sensible/moderate/safe” position of supporting Obamacarehttps://t.co/QDFjhZuE44 pic.twitter.com/mIrbixWVcL