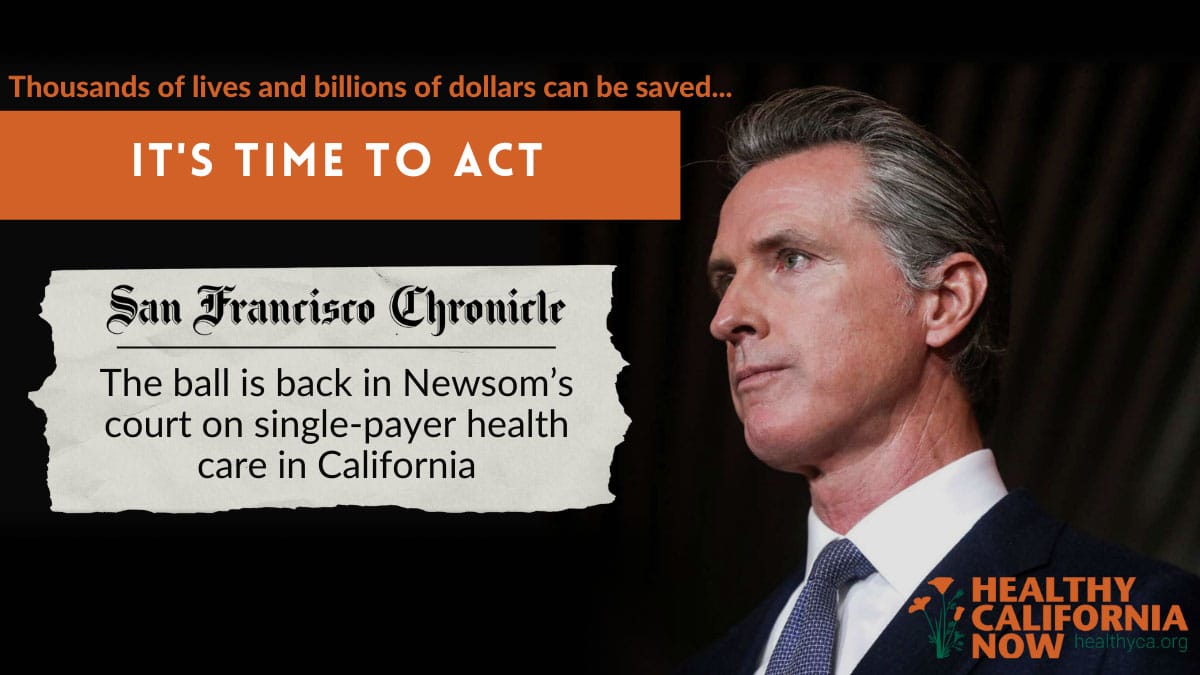 San Francisco Chronicle: “The ball is back in Newsom’s court on single-payer health care in California”

“This is really a new day for health care reform in California,” said Michael Lighty, a consultant working with the National Union of Healthcare Workers to advocate for a single-payer system.

This article was originally published in the San Francisco Chronicle:

In January, when Newsom was asked if he supported a bill to create a universal, government-run health care system in California, he dodged the question, saying he was waiting for a report from a state commission studying the issue.

On Monday, the commission finalized that report, which found that health care costs will skyrocket by 30% in nine years under the current system and advocates an overhaul that would eliminate distinctions among private and government coverage, in favor of a new system to provide health care to all Californians.

The Democratic governor has long said he supports creating such a system in California but has not endorsed specific legislation to do so. Now that the report is out, it’s not clear what steps he may take to get there.

“We have been following the progress of the commission’s work, and look forward to reviewing and discussing the final report with the Legislature and stakeholders,” Newsom spokesman Alex Stack wrote in a statement. He pointed to other ways the governor has worked to expand health care access, including by expanding eligibility for the state’s health coverage to more undocumented immigrants.

Newsom’s secretary of Health and Human Services, Dr. Mark Ghaly, chaired the commission and committed in the report to assign staff to coordinate with President Joe Biden’s administration. That’s a significant step toward overhauling California’s health care system, advocates say, because the state would need approval to repurpose the billions of federal dollars that flow into the current system.

“That’s really the key next step, and depends upon the governor’s leadership,” said Michael Lighty, a consultant working with the National Union of Healthcare Workers to advocate for a single-payer system. “This is really a new day for health care reform in California.”

The commission’s report stops short of explicitly endorsing a universal, government-run health system in California, as proponents of so-called single-payer health care had hoped, and instead leaves the door open for private health insurers to have some role in a new system. But the report does endorse a major shakeup to a “unified financing” system. The report outlines several options for how that system could look, including a “single-payer” system that would eliminate private insurance.

Carmen Comsti of the National Nurses United union, was the lone commissioner to vote against sending the report to Newsom and the Legislature on Monday, arguing it didn’t go far enough in specifically recommending to the Legislature how to implement single-payer in California.