Commonwealth Fund Report Confirms US Healthcare Industry is a Failure

The just released Commonwealth Fund report comparing US Healthcare to other high-income countries ranks us last. In fact, the report says the US is such an outlier that it was excluded from the calculations of average statistics. Simply put, we spend lots more, and get way less.

This chart illustrates the failures of the US healthcare industry:

The report confirms the truth about the dismal, dysfunctional and deadly US healthcare industry. We have the worst outcomes, greatest inequity, lowest life expectancy, highest maternal mortality rate, highest medical debt, and most expensive healthcare among similar countries. Over 600,000 people in the US are officially counted as deceased due to COVID, the highest of any country, mostly elderly and disproportionately Black and brown.

Our sense of dread is compounded by rage at the injustice and inhumanity.

40% of those killed by COVID died because the US does not have a national healthcare program.

What do other the effective healthcare systems have in common, which the US lacks? According to the Report:

Four features distinguish top performing countries from the United States: 1) they provide for universal coverage and remove cost barriers; 2) they invest in primary care systems to ensure that high-value services are equitably available in all communities to all people; 3) they reduce administrative burdens that divert time, efforts, and spending from health improvement efforts; and 4) they invest in social services, especially for children and working-age adults.

When we say to Governor Newsom in California and to the political leaders charged with ensuring the nation’s health – Keep The Promise: enact improved Medicare for All – those are the principles we demand.

As the healthcare industry has grown to include every facet of economic life – from finance to real estate, manufacturing and technology, insurance, and education – it now constitutes nearly 20% of the US economy, double the average of similar countries, as the Report shows. And yet, 100 million workers in the US are uninsured or under insured, 140 million people have significant medical debt. Compare those numbers to zero – which is the number of people in those categories in countries with universal healthcare systems.

But in the US, these are not just numbers. They are people who have lost their lives to an industry that profits from human suffering. And that is simply not true of any other high-income country.

As the report makes clear, we can literally no longer afford to allow US politicians to front for murderous health insurance companies, to deny us the promise of Medicare for All as they rake in political contributions from the pharmaceutical companies. No longer will we accept the money we pay in insurance premiums going to the lies of a PR campaign that seeks to justify corporate profits at the expense of our health and freedom.

Enough. We are here to save lives.

Our Response to CHBRP Analysis of AB 1400

Health and Justice: The Path of Liberation Through Medicine by Rupa Marya, MD (November 2018) 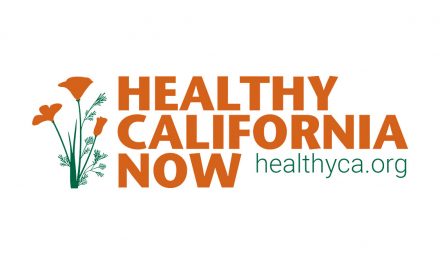 With single-payer bill shelved for the year, Healthy California Now urges Gov. Newsom to lead the way on achieving Medicare for All

Pandemics and Single-Payer: COVID-19’s Case for Medicare for All